32: Digging Up the Wrong Pole 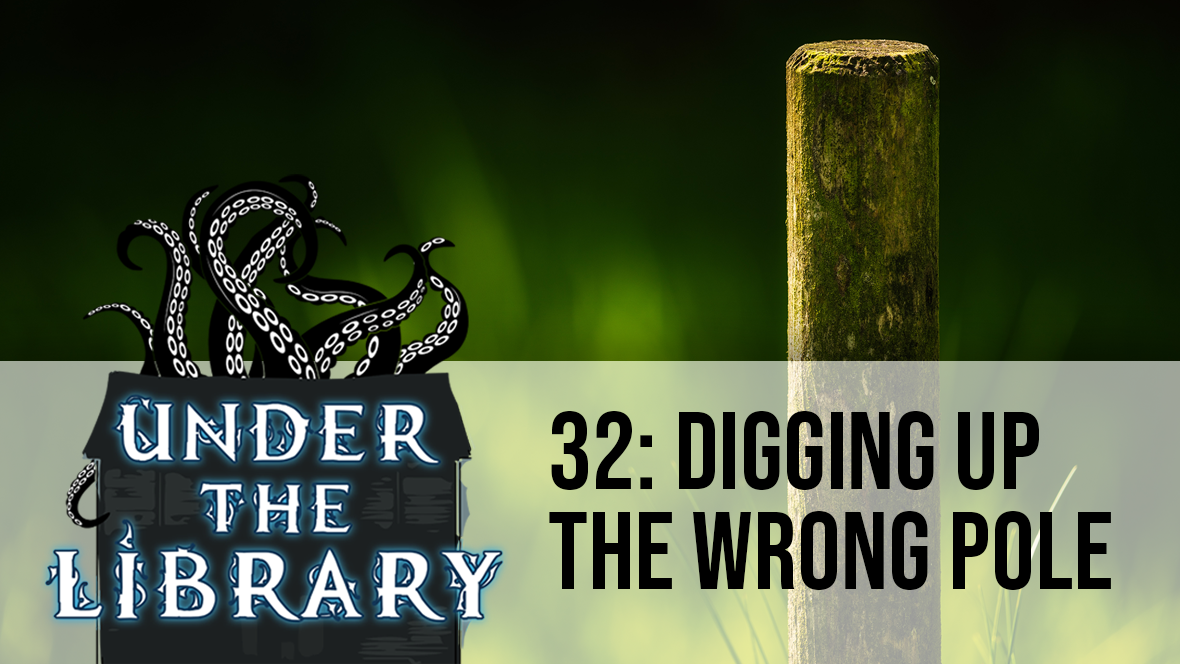 Separated from the others at the checkpoint, Bubba heads to the nameless local Innsmouth bar. All eyes are on him as he enters, and the patrons ignore his offer to buy a round. The bartender refuses to serve him and only redirects him to the Martin-Gilman House. Bubba asks about Sisk and is told “you’re digging up the wrong pole”. Bubba leaves with one parting question: “anyone know where I can find a good fish fry?”

The agents are focused on getting to the Sisk house and speed by Bubba on the street, but Lanny and Aloysious stop to fill him in. Once again a strange sound fills the air (“tiki-li-li-li”), and Bubba goes crazy. He imagines the corpse in his truck bed rises to slap his back window, and then is lost in a flashback of a dentist tearing out his teeth with pliers. Overcome with pain, he careens into a fire hydrant.

In the meantime, Lanny bet Aloysious $5 to shoot out a street light. Aloysius takes his shot but the bullet goes wild and he hears the sound of breaking glass. Lanny pulls a U turn and heads for Bubba and the hydrant geyser, worried only about the reward for the body. Aloysius secretly doses Bubba with a horse tranquilizer and they head for the Sisk house.

The agents are already at the house, and Merrick puts his foot through the front door attempting to gain entrance. Chambers finds an open door in the back and unlocks the front from the inside. While searching the house, Merrick is shot in the arm and a figure runs downstairs and out the back. Chambers pursues and grazes him with a shot. Money flies everywhere and Chambers frantically tries to collect the bills for evidence.

Lanny’s car arrives and immediately pursues the fleeing figure. Aloysius shoots from the window and the figure’s head explodes. Merrick examines the body and discovers it’s Teddy Wynne, a gang member. The features are purely human and not froglike.