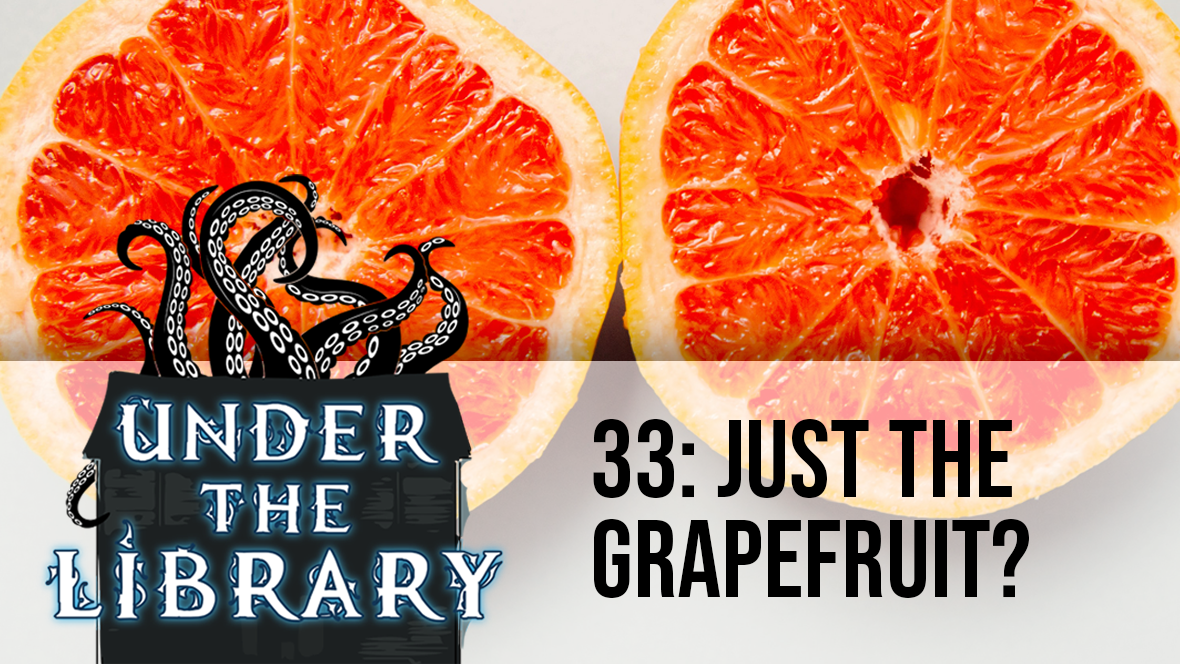 Bubba is still unconscious from the horse tranquilizers. Aloysius fears he may have given Bubba too much, so to counteract the effects he doses him with amphetamines.

While searching Wynne’s body, Blue notices a strange residue on the belt. As he runs his fingers along it, the sharpened edges slice off the tip of his non-dominant pointer. Aloysius is able to sew it closed. At the same time Bubba wakes, frothing at the mouth, crazy and babbling. He runs around, grabbing bills and stuffing them wherever he can.

The Special Agents return to the Sisk house to investigate. Upstairs in a dresser, Merrick finds a child’s drawing of a family labeled “daddy, me, and mommy” depicting a human man, child, and a very fishy looking woman. As Merrick slams the drawer closed an amber bottle falls and breaks, revealing a map labeled “Pirate Hideout” that mentions Grace, Sisk, and a Tommy H.

A very high Bubba insists on staying at the house, but the rest of the party returns to the Martin-Gilman house for the night. Although many of the locks in the rooms are broken, everyone innovates methods of securing their rooms and the night passes quietly. The only exception is that a little after 2am Blue hears a “slappy” noise from the floor below. With an ear to the floor, he also hears someone speak as if through a mouthful of water.

Back at the Sisk house, Bubba is wide awake at 4:30am and spots a figure in the street with a slouchy gait and a flappy walk. He finds prints and tries to cover them to preserve them. He then mistakes a nearby branch for the creature and fires. One of his bullets ricochets off a nearby sign and grazes his cheek. He finally returns to the house, but never sleeps.

In the morning his meth wears off and he starts to crash. He can find no sign of the tracks or his attempts to preserve them.