34: Ipso Facto in the Momento 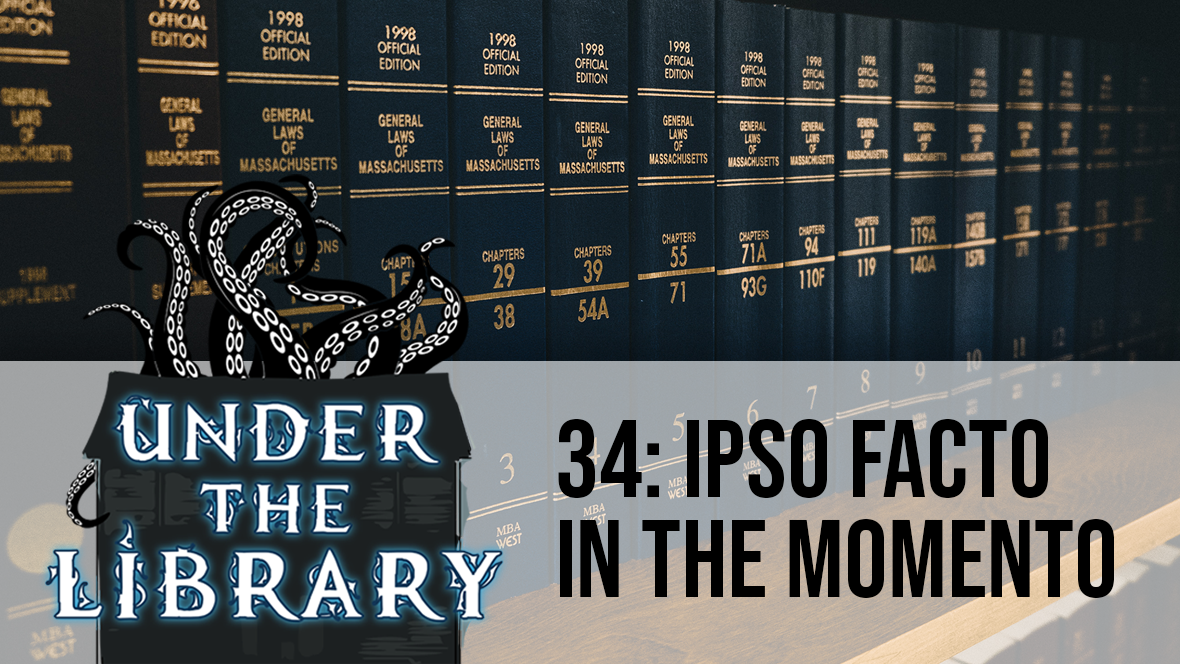 The Special Agents and Blue head to the 3rd floor to investigate. The carpet is more weathered and damp than the rest of the hotel, and there’s a strong odor of fish. Chambers knocks, but there’s no response and the door is locked. She picks the lock but the door is still held by a deadbolt. Trying to kick the door open, she instead kicks through the door up to mid-thigh.

Downstairs, Bubba sees the desk clerk making a call. He hears “I need you here quickly” before the man runs upstairs. In the meantime, Merrick shoots through the door and hears a slappy scurrying followed by a door closing. The clerk then arrives to investigate the shot. He threatens to call the police and ignores Merrick’s orders to leave.

Outside of the hotel, Aloysius checks on his car. He finds a gas station, fills up, and heads out of town toward Ipswich with two bodies in the trunk.

Bubba continues to explore the outside of the hotel and finds a wooden fire escape. He climbs to the 2nd floor and sees a face with bulbous eyes, scales, a wide mouth, and a fin on top. He crawls through the open window to follow the creature, which has slipped down the fire escape.

At the same time, Blue and Merrick have removed Chambers’ leg from the door. Blue tries to open it, but Bubba bangs on the other side and they’re momentarily stuck. Finally shouldering their way into the room, Merrick and Blue find scales on the bed and a bucket with a fish tail sitting in shallow water.