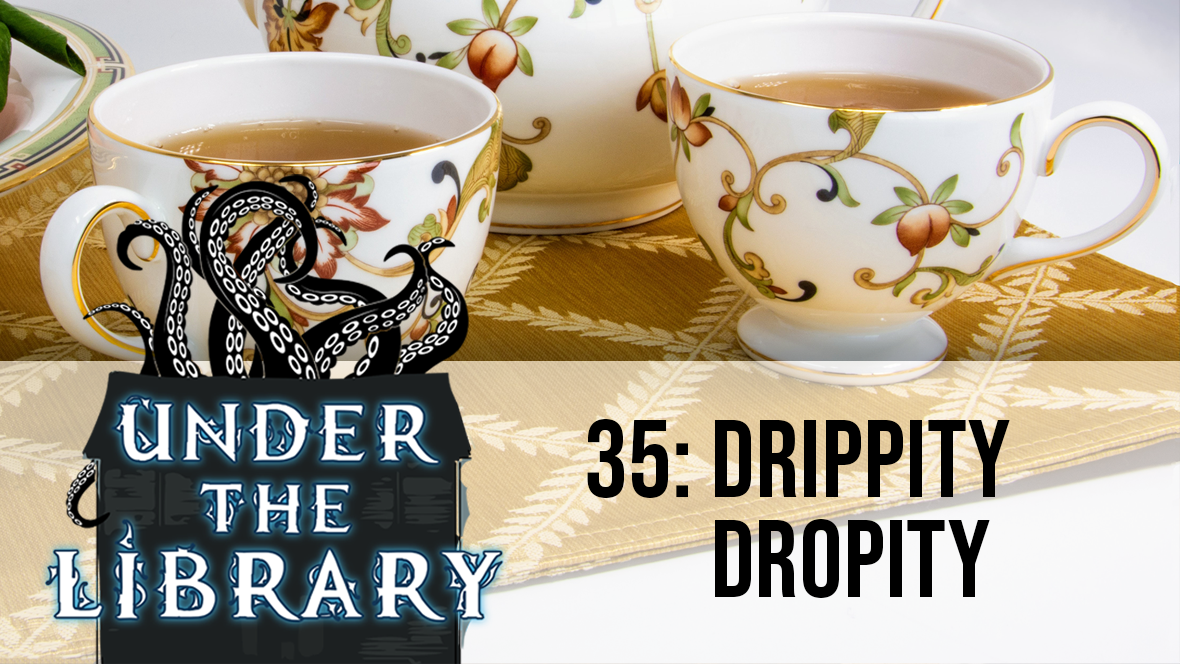 On the 3rd floor of the hotel, the creatures have escaped down the fire escape and the agents decide to head down to find Lanny and Beau. There’s no sign of them in the lobby, but they left a note explaining that they were suddenly called back to Ipswich.

Based on the clues in the Pirate Hideout Map it seems that Grace Decker knows more than she let on, so the agents (along with Blue and Bubba) head back to her house. This time, Grace greets them much more politely and invites the whole party inside for a strangely fishy and salty tea (her grandmother’s special recipe). She describes a secret hideout in Warehouse 52 where she and Sisk played as kids.

Across town, Aloysius leaves the gas station and suddenly gets a flat tire. He discovers that his spare has been slashed so he wanders off on foot to find his friends, follows tracks to Grace’s house, and reunites with the group. Together, the five investigators head for Warehouse 52.

The front door is chained, but they enter through a grate on the side of the building. Out of nowhere, Bubba starts to choke and sputter as his mouth fills with liquid. Water pours from his mouth and eyes. He screams and collapses, apparently drowning in the dry warehouse.

At the sound of a gunshot from the balcony, the remaining investigators rush upstairs, cornering the gunman in an office. Merrick is shot while entering, and Chambers follows, taking out the gunman. She calls Aloysius to care for Merrick, but it’s too late for him. At the same time, Chambers hears heavy breathing from the corner and finds a panicked pregnant woman who was kidnapped at the bank. She calls Aloysius her hero, and he takes her out to the car for safekeeping. Instead of returning to help Chambers, he hops in the driver’s seat and heads to Ipswich.

Chambers, still inside, descends into the basement. She hears two voices, one watery, speaking an unfamiliar language. She rounds the corner and shoots, and takes down a fishy creature. The man, Sisk, screams “mother!”, clutches his wrist, and speaks an unfamiliar word. Chambers feels a great pain pass through her body and she becomes rigid and falls to the ground. Then everything goes black.