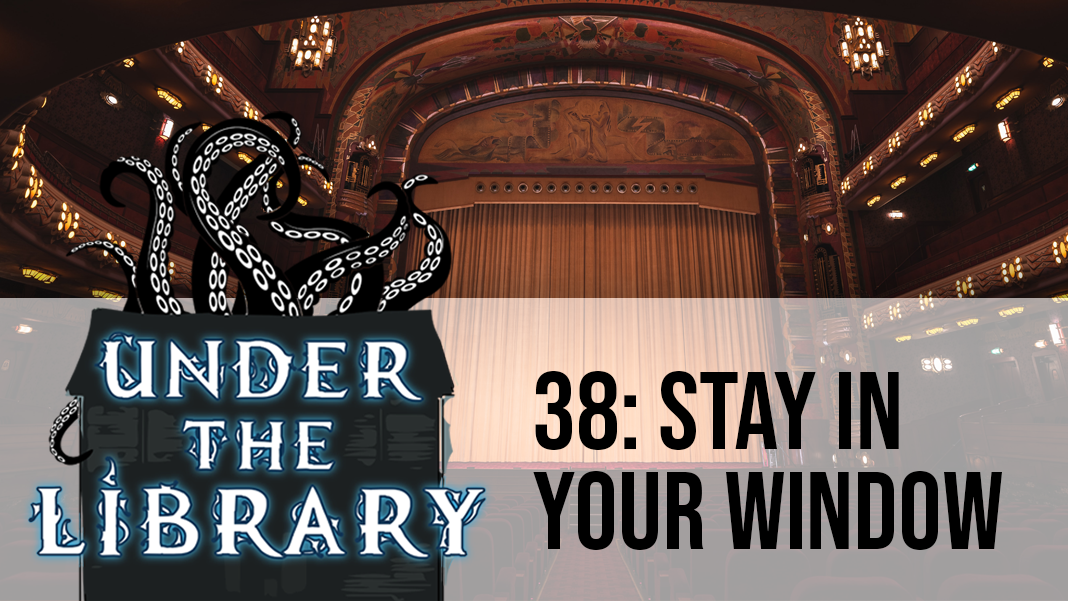 In the theater, Franny has just asked the spirits “how did my great uncle die?” Everyone else in the theater sees a moving image in the mist depicting a burial. In a cinematic western style, a group of mourners throw dirt on a grave. At the same, Franny hears a voice say “Jack Crabbe, you’re gonna meet your maker!”, and she sees a black appendage drag a man across the floor. The man says “Millie, it was all my fault” as large teeth snap and a corpse falls to the ground.

As the mist coalesces again into a face, Franny sees her great uncle. Beau asks a question about cats eating a corpse, and the face relates a story of Lloyd and his general store. Franny, in shock, faints.

Caspar thanks the spirits and dismisses them, and ends his show by disappearing in a flourish. Rutherford leaps onstage to investigate but is thrown off by the two door guards. While the guards are distracted, Jo checks a side door but it’s locked. However, she notices a strange purple mist emanating from pinprick holes in the relief work near the floor.

Boone begins to feel the effects of the pocket chicken, squats behind a row of seats, and lets loose. The noxious smell wakes Franny and also begins a stampede out of the theater. Bello is trampled and left with a concussion and a broken wing. Jo and Franny help Bello out into the lobby and leave him on a bench.

Over the hubbub of the panicked crowd, Levine announces that the theater is in lockdown due to another pack of wild dogs. Residents of the town know that every 3-6 weeks, authorities move from door to door warning of wolves or rabid dogs. The town has generally been compliant and stayed indoors during these times. However, none of us have seen the creatures firsthand.

Boone and Culligan discuss the show and the appearance of the spirits, and they decide to talk to Dick. Dick is convinced that everything was mere illusion, but Jo avers that the spirits are from another realm and therefore dangerous.

Finally, Levine announces that the animals have been contained and our lockdown is finished.