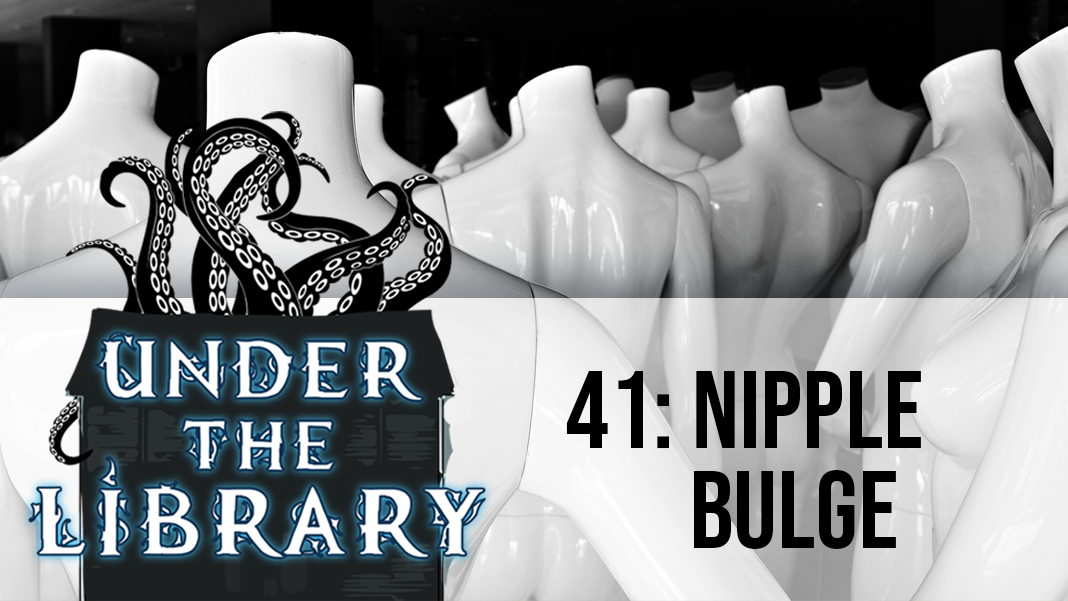 Bello still seems to be in pain and Boone wants to help. He peels off the upper half of the chicken costume and applies first aid to Bello’s broken arm, leaving it in a sling.

After much discussion, the group decides to return to DIck’s house to look for clues. Cully looks for aspirin for Bello in the medicine cabinet, and notices that Dick’s heart meds are gone, as well as his favorite hair pomade. In addition, it looks like his bedroom has been searched.

Rutherford looks for Dick’s research notes, but only finds a note on his desk saying that he’s been called away on urgent business. Dick apologizes for his abrupt departure and offers his house for the party to use. Rutherford is sure this is Dick’s handwriting, scrawled in haste. He finds a code within the letter that produces the single word “abducted.”

Looking around the house, Boone notices three paintings with a familiar symbol which translates to “here is the place.” At the same time, Rutherford finds Dick’s Colt .38, and Franny confirms that there are no signs of forced entry.

The group deliberates on how best to find Dick, and Franny offers to explore the facility even though she would put herself in danger. Rutherford wants to join, posing as a visiting researcher with Cully as his assistant. Bello has a meeting at the facility the next day, and plans a chicken-related distraction.

The group decides to sleep at Dick’s. although Bello parks his mobile chicken kitchen in the driveway and sleeps there. After everyone falls asleep, Boone examines the three marked paintings and finds blueprints of a 7 story building on the back. He decides to sleep on the paintings to protect them.