42: A Collection of Eggs 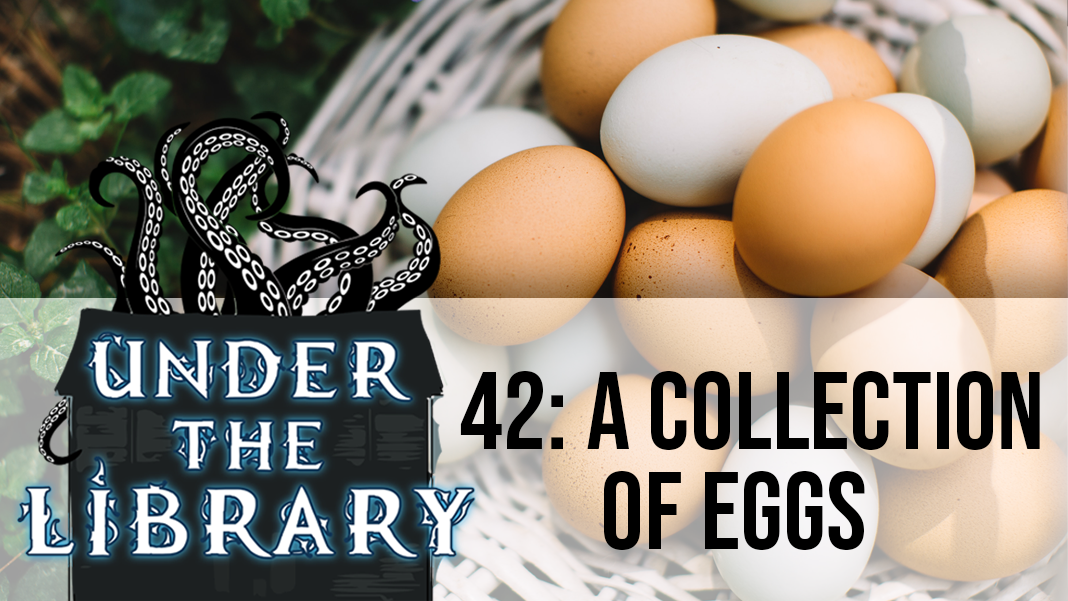 After everyone else leaves the theater and heads to Richard’s house, Jo returns home and opens her mysterious book. Cursive writing appears in front of her eyes; a male author describing a successful ritual. That night, Jo’s dreams include disturbing visions from the journal. The next morning she stops by the theater, finds it abandoned, and heads to Richard’s house.

In the meantime, Cully, Bello, and Franny have separate breeakfasts at Richard’s while Rutherford prepares for their laboratory excursion. Then Franny unrolls the paintings that Boone left on the kitchen table, and she also discovers the 7 stories of blueprints. It seems to have a couple stories above ground and the rest below.

Joe finally arrives at the house and tells everyone about the journal. She shares it with the group, and realizes both Franny and Rutherford know the author, Hans Bekker. They examine it and, knowing Hans is a notorious joker, dismiss Jo’s claims and insult her. She grabs the journal and runs out, followed by Cully and Bello. Franny and Rutherford remain inside, making plans to enter the facility.