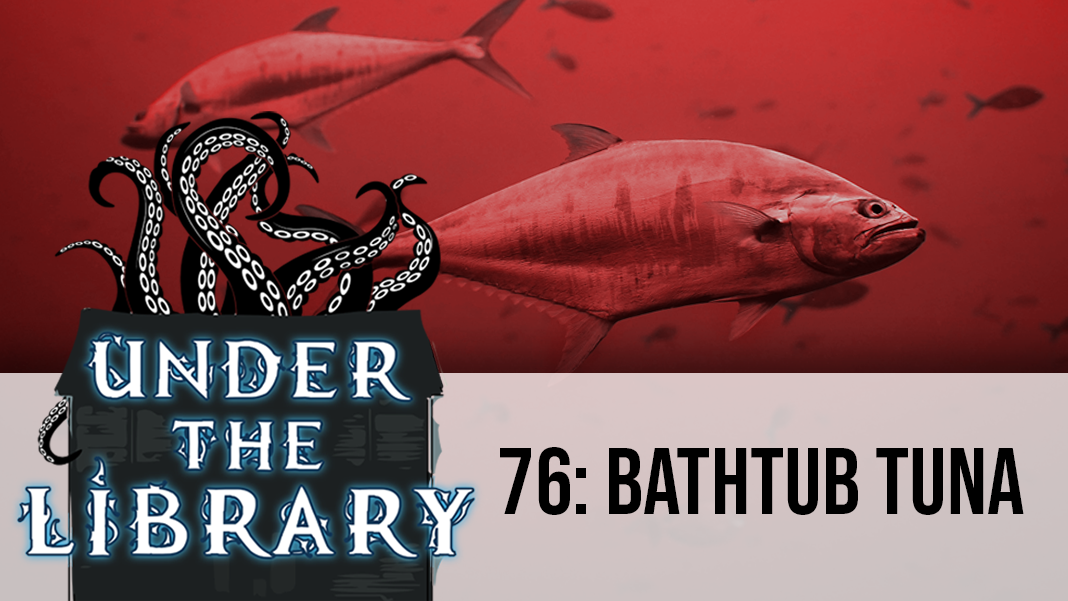 The Captain notices a piece of paper floating in the Pimms bottle. It’s written in his uncle’s handwriting and seems to be a message to Captain Ghettof.

Back at the mansion, Rufus experiences a disturbing vision during his bath. He then encounters a beautiful yet frightening woman in the hall and passes out. Later, Tommy finds him sleeping soundly, and when Rufus finally wakes he remembers nothing of the intervening time.

Now everyone but the Captain is at the mansion, gathered in the large central room. Nathaniel’s wife Genevieve makes her appearance and everyone sits down to dinner together.

Under the Library, an actual-play Call of Cthulhu podcast, where cosmic horror is steeped in mystery and slathered with self-deprecating humor. Our main storyline, a sandbox created by our Keeper (Michael), is set in (a fictitious) 1942 New Mexico and follows the misadventures of Pappy (Chris), Jo (Emily), Eddy (Scott), Sam (Rick), Sister B (Wayne), and Buddy (Arthur). We focus on narrative, improv, and character building. We may stick our heads in front of a train because that’s what our character would do, and when we look under the bed even the Keeper may not know what we’ll find. We’re crafting a story, creating flawed characters, suspenseful events, and fulfilling revelations. Call of Cthulhu is a horror TTRPG; characters die horribly graphic deaths. It’s for mature audiences, but played by immature people.