UTL S2E12: A Lullaby for Richard 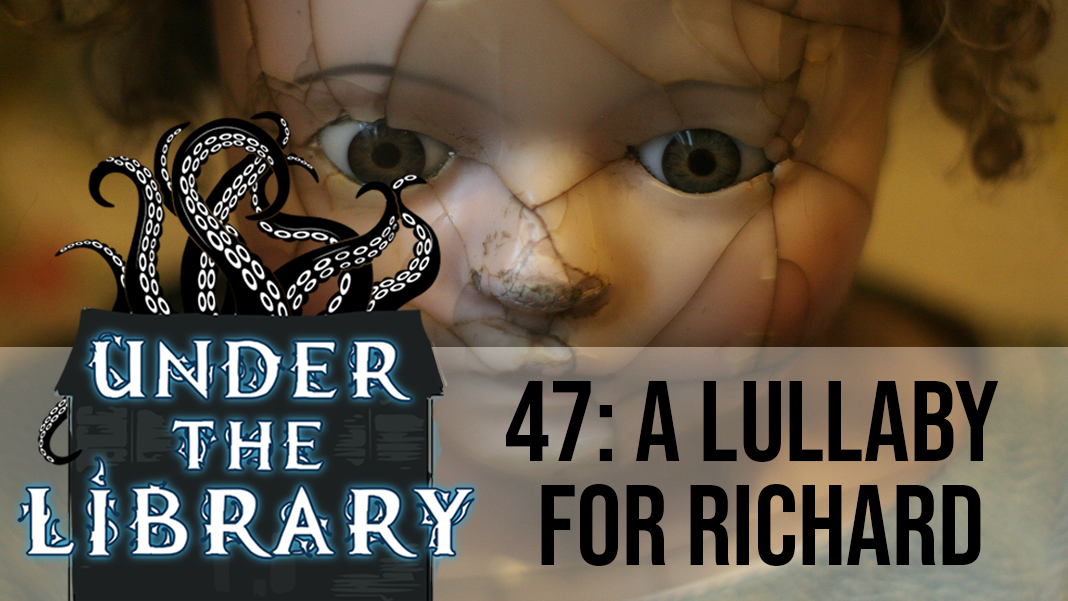 Rutherford puts Richard to bed after plying him with valium laced alcohol, and asks “who pushed you into the car?” Richard struggles to speak, eyes bulging, and his head explodes! Rutherford is covered in gore and his own eyes sting horribly. Bello, Jo, and Franny run in to see a headless Richard and blood covered Rutherford.

Rutherford runs to the bathroom to rinse his burning eyes while Franny investigates, finding strange veiny structures within Richard’s brain matter. In the bathroom, Rutherford rubs at his eyes and scratches his cornea with a rogue bone fragment. He writhes on the floor in pain and experiences visions.

Back in the room Jo was hiding under the bed, but Bello coaxes her out and leads her from the room. She prevents Cully from seeing the carnage and instead brings him out to the patio.

Franny further examines the body, finding strange filaments where the spine would’ve come up; 3-4 threads still attached. She takes a sample. Rutherford examines the filaments and determines that they’re not native to the body. He takes a blood sample. Bello finds all of this fascinating.

Outside on the patio, Jo opens her mysterious book to a random page. She reads “The idea is to give people something else to think about. Imagine a better world. Move beyond. Seek other realms.” Lost in the storytelling, Jo daydreams that she’s sitting in Georgia O’Keefe’s studio, painting a human skull.