UtL S2E17: Shooting Into a Meatloaf 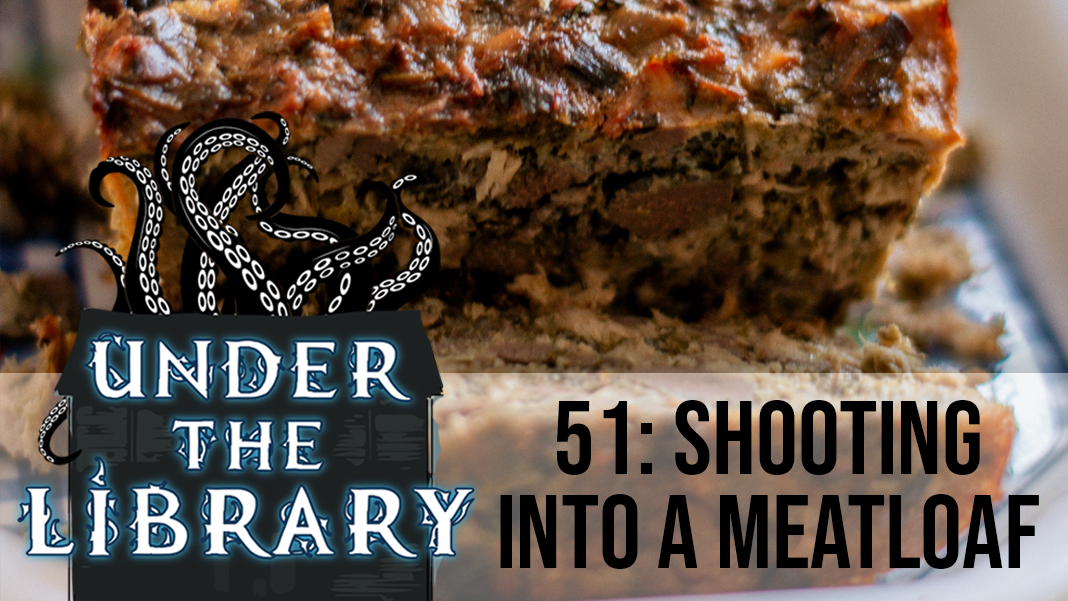 Rutherford regains consciousness in Richard’s bedroom, stands, and turns on a light. He sees Bello’s body near the bodies of two strangers, as well as Richard’s remains. Rutherford has a hole in his shirt in the middle of his chest with blood soaking the shirt below, yet his body seems to be intact. He uses Richard’s spy camera to take a picture of the stranger with the scarred face. He also searches the bodies to find that both strangers have 4 digit numbers tattooed on their abdomens.

At the same time, Boone drives the doodlebug with Cully, Jo, and Franny, seeking medical care for Franny’s gunshot wound. They visit Dr. Gardener, who treats Franny’s wound and questions the kids forcefully, clearly suspecting Bello of the shooting.

Rutherford leaves to find his friends and finds the morning paper has been delivered. Headlines include the explosion at the lab (14 dead!) and the removal of a spy.

Back at Dr. Gardener’s place, there is a pounding on the door and the doctor sends Boone, Cully, and Jo to hide in the back room. The person at the door is a very distraught Sam Wagonear, who’s son is “all torn up” (emotionally). He’s looking for the chicken man who is responsible for his son’s situation. Sam, on edge, bursts into the back room and has a heated exchange with Boone. Sam calms himself and apologizes, and Boone, with a wink to the kids, takes Sam outside to tell him about Bello.