UtL S3E1: A Bridge to a New Season 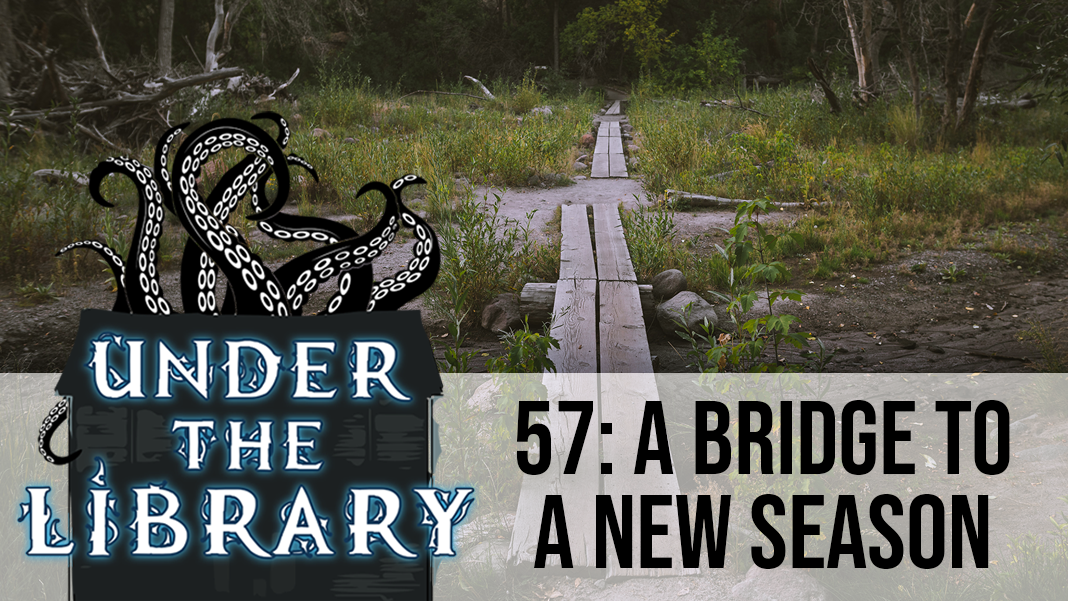 This week’s episode serves as a bridge between seasons 2 and 3. Characters both old and new will appear in vignettes from their past or present.

Sam awakes on a dirt road at his farm, staring up at the stars, with no idea how he got there. In a nearby field he finds all the cows clustered in the far corner of the field, and a single cow corpse in the middle of the field, completely skinned. When he returns to the house he realizes 8 hours have passed, and on his chest he sees distinct red marks like suspenders.

Francis, known as “Buddy”, makes his rounds on the base in Los Alamos, in a lab 5 floors below ground level. He hears a violent human scream from a nearby room and rushes to investigate. Upon opening the door with his master key, he sees a very pregnant woman restrained by 2 scientists, fighting them with unexpected strength. Her breath smells of formaldehyde and she has strange knobs of flesh protruding from her face. As the scientists finally sedate her, Buddy feels a sharp pain in his neck and passes out.

Eddy’s investigation has led him to the base in Los Alamos. He’s looking into the strange events in town as well as the recent disappearance of his partner, Jimmy. He’s escorted onto the base by Buddy, who lost his security clearance after the events in the lab. Buddy leads Eddy to Corporal Smith’s office and waits in the hall. Eddy questions Smith about both Jimmy and Richard Fenger, and Smith is clearly evasive. When Eddy accuses him of being un-American, Smith flips out, but still grants Eddy permission to investigate the base. Leaving the office, Eddy asks for Buddy’s help.

The atmosphere in the convent is tense – soldiers are searching for the nuns, who are in hiding. Sister Byelopushkin, the youngest of the nuns, inspires them to sneak out, and they leave the convent dressed as peasants riding in the back of a townsperson’s truck. When the truck is searched by soldiers, Sister B challenges them and eventually kicks one man in the balls. The angry soldier swings the butt of his rifle in retaliation but misses, and his friends ridicule him for being bested by a tiny 5’2″ woman.

20 years later, somewhere in New Mexico, Sister B reads a letter with tears in her eyes. The Soviets have written to share the fates of her fellow nuns who were less lucky than her.

Jo awakens under her bed, lights flickering in the darkness, and the last thing she remembers is reading the words from that strange book. Her hands are bloody and she follows a trail of blood smears to the basement. She finds her friend Mary’s body, covered with blood soaked salt, and also the bodies of her parents. The wounds look like they were mauled by a bear. Jo passes out.

When Jo awakes, the house is full of emergency personnel. Officer Mulvaney asks her what happened and she only replies “they’re all dead.”