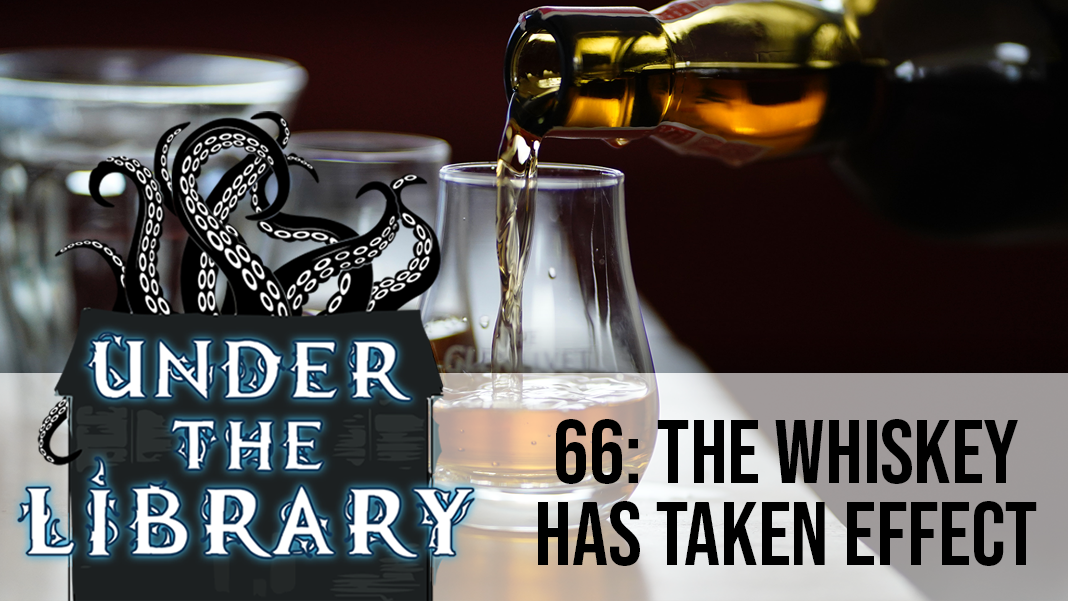 After Jo took refuge in the basement, Pappy and Sister B are preparing to spend the night at Richard’s house. Sam comes inside and questions both of them, eventually bonding with Pappy over shared war stories. Sam leaves, and driving home sees Betty Lou in the road. He doesn’t slow, and with a massive thump his truck stops. Discovering that he hit a deer, Sam throws the carcass in the trunk and continues home.

In the basement at Richard’s house, Jo can’t sleep. She pulls out the mysterious journal and more writing appears. Then she’s overtaken by a vision of emaciated children wielding pickaxes in a cave. Afterwards, Jo returns to the journal to try to reenter the vision, but fails. She sees the word Bloodstone appear in the journal.

Pappy, pretending to sleep on the kitchen floor, uses his hobo key (a token of his order) as a key to open the secret compartment. He finds a leatherbound volume inside, but it is too dark to read. He passes the night, awake, waiting for light. At sunrise he sees the book is filled with handwriting, some in code. Fearing discovery, he stows the book in his pack to examine later.

That morning, the local newspaper includes headlines about the strange hounds, as well as the murder of “Big Earl” and pictures of two suspects who fled the scene.

As Eddy and Buddy speed towards Abiquiu, Buddy feels guilt and demands they return for Lana. Eddy talks him out of it and they eventually arrive at the Police Station in Abiquiu. Eddy describes the events of the evening to Officer Jones, who takes notes and offers a phone. Eddy calls his superior, Smith Smithson, and relays the story to him as well. Smithson berates Eddy for acting outside of his jurisdiction, but agrees to send a crew to the scene.

At the gas station, Eddy and Buddy find reporters, police, and FBI, including Smithson, who says ominously “You two have a lot of explaining to do…”