UtL S3E8: Who Knew Apricots Were So Triggering? 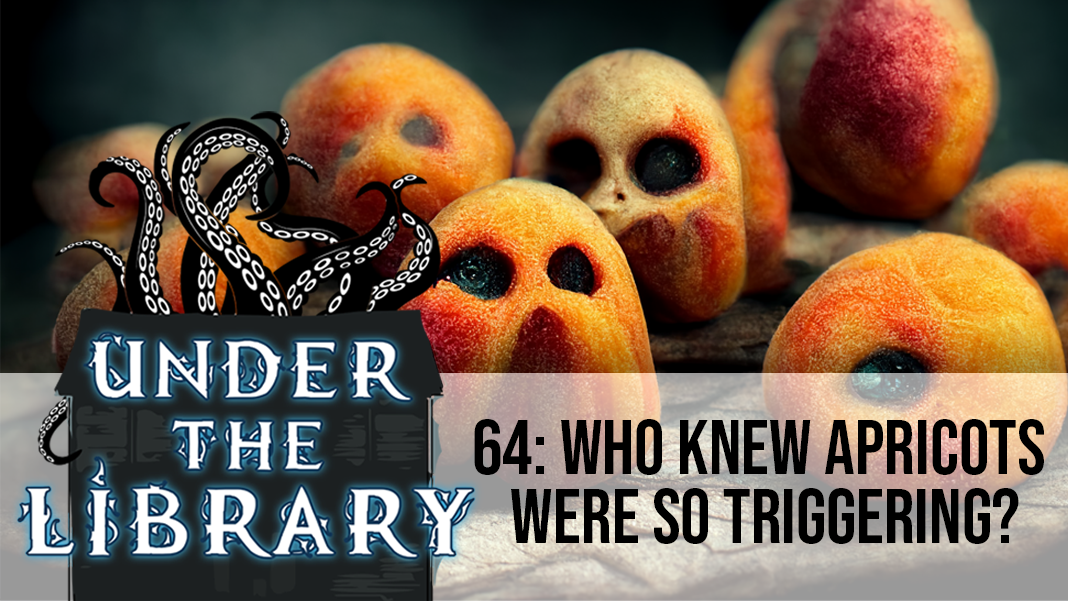 Sirens are blaring in Los Alamos as a voice announces “the dogs are loose – remain inside.” Jo wants to go into Richard’s house, and she goes to retrieve a key that Cully used to use, hidden under a stone by the driveway. As she bends down to locate the key, a feminine voice with a southern accent speaks to her, the approaching figure silhouetted in the moonlight. Jo recognizes Betty Lou, the woman she met in the theater lobby many months ago, who gave her a coin and invited her for ice cream.

Jo invites her to meet the rest of the group. Sister Byelopushkin, immediately suspicious, sniffs Betty Lou. Her smell elicits a comforting memory from childhood. Jo notices a stranger – Pappy – and he introduces himself. He offers to leave, but Jo encourages him to stay and get inside…as they should all be doing in response to the sirens!

Sam, also suspicious of Betty Lou, threatens her with his shotgun and tries to elist sister B to tie her up. Jo, knowing Sam would never shoot her, dismisses his threat and invites Betty Lou in. As they enter, Betty Lou touches Jo’s elbow and Jo has a vision of Carly fleeing the house in Abiquiu. Betty Lou also seems responsible for Jo’s second vision, of a young Sister B caring for infant Carly.

Sam, still outside, sees a convoy of headlights pass by, with searchlights shining into the woods. One pauses on Sam, silhouetting him with gun in hand, but then moves on. It unnerves him, reminding him of past trauma. He then heads inside, looking in the kitchen for oven mitts. As he searches, Sister B seems to test Betty Lou by touching her hand while visualizing her drowning in a stormy ocean. Somehow, though, Betty Lou takes control of the vision and the ocean becomes eerily calm.

During all of this, also in the kitchen, Pappy spots some symbols along the bottom of the cabinet that are related to his Order. He reads a message in the symbols: “Behind this location is information important to the Order. Retrieve at all costs.”